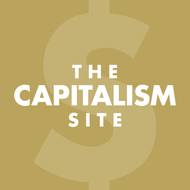 Capitalism
Books • News • Politics
This community is dedicated to understanding and promoting capitalism -- the social system based on the principle of individual rights.
Interested? Want to learn more about the community?

Capitalism.org@Capitalism
May 04, 2021
Capitalism: Economics, the Division of Labor, and the Survival of Material Civilization

An excerpt from Chapter 1 of Capitalism: A Treatise on Economics, Volume I.

I define economics as the science that studies the production of wealth under a system of division of labor, that is, under a system in which the individual lives by producing, or helping to produce, just one thing or at most a very few things, and is supplied by the labor of others for the far greater part of his needs. The justification of this definition will become increasingly clear as the contents of this book unfold. [2]

The importance of economics derives from the specific importance of wealth—of material goods—to human life and well-being. The role of wealth in human life is a subject that will be examined in Chapter 2 of this book, but provisionally its importance can be accepted on a common-sense basis. Obviously, human life depends on food, clothing, and shelter. Moreover, experience shows that there is no limit to the amount of wealth that practically all civilized men and women desire, and that the greatest part of their waking hours is actually spent in efforts to acquire it—namely, in efforts to earn a living.

0
View All
0
Reply
Interested? Want to learn more about the community?
Posts

Capitalism.org@Capitalism
May 04, 2021
The Capitalist Manifesto

Andrew Bernstein's book is "among the best single presentations of the case for capitalism. (It is) amazingly good." - Harry Binswanger

Why do CEOs go woke?

...Most CEOs go woke because they are pragmatists. They believe that by appeasing the woke among their employees (which unfortunately include many business school graduates today), customers and investors, they believe to be protecting their companies’ profits—and their own generous compensation packages.

Rather than being true believers, these pragmatists pay lip-service to the causes they believe their stakeholders and shareholders hold dear. They virtue-signal, like the leaders of Canadian banks who posture as thought leaders on ESG, or like Larry Fink, who pretends to divest BlackRock of fossil fuels and has made a large portion of his fortune from them.

Why should CEOs reject ESG wokeness and virtue-signaling about it?

Capitalism.org@Capitalism
May 04, 2021
Celebrate Capitalism This May Day

0
View All
0
Reply
Sign Up To Capitalism
Sign Up for free to see more from this community or subscribe to Capitalism for $2/month to support Capitalism for more interaction and exclusive content.
Login Signup
Available Now

Powered by Locals
About Community
Capitalism
214 Members
Don’t have a Locals account yet? SIGN UP
I’m already a member Log in
Please keep this window open while your file is uploading...